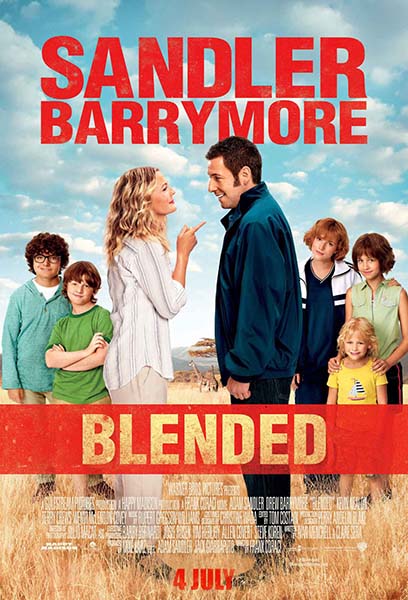 In the opening scene, Lauren Reynolds (Drew Barrymore) is in the bathroom of a Hooters eatery, talking to her kids’ babysitter Tracy (Lauren Lapkus). Lauren’s on a blind date which isn’t going well while Tracy is dealing with Lauren’s rowdy sons Brendan (Braxton Beckham) and Tyler (Kyle Red Silverstein). Tyler is waving a burning T-shirt and Brendan uses a fire extinguisher on it, and then on Tracy.

Lauren goes back to her date with Jim Reynolds (Adam Sandler), who drank her beer and then only focuses on the TV instead of her. He also pays more attention to the sexy waitresses that bring him cheese sticks in the shape of a heart. Jim offers Lauren some buffalo shrimp with hot sauce. It proves too hot for Lauren and she spits it out, then has to drink French onion soup to cool off. Jim uses an emergency excuse to bail on the date and ditch Lauren.

Lauren complains about the date to her best friend Jen (Wendi McClendon-Covey). We learn that Lauren is divorced and she wishes she could have tried harder to make the marriage work.

Jim works at Dick’s Sporting Goods with his buddy Doug (Shaquille O’Neal) and he has three daughters – Hilary (Bella Thorne), who is mistaken for a boy frequently due to her tomboyish appearance (it doesn’t help that Jim refers to her as Larry); Espn (Emma Fuhrmann), who claims to be able to talk to her deceased mother and is also named after Jim’s favorite network; and Lou (Alyvia Alyn Lind), who is wild and adorable. She also misses her mother.

Brendan is Lauren’s older son with a perverted crush on Tracy (he cut a picture of her head and taped it to a centerfold), while Tyler plays Little League baseball but isn’t good, and his failures cause him to throw tantrums. Lauren’s ex-husband Mark (Joel McHale) shows up every now and then, with the boys expecting him to spend time with them, but he always blows them off for work. Brendan is especially protective of his mother not seeing other men, getting defensive when going through his mother’s email to find out about Jim.

Jim and Lauren run into each other at the store since Jim needs to grab tampons for Hilary and Lauren wanted to replace the centerfold pic since she tore it up. They argue again and leave.

Jim goes to Lauren’s house since the lady at the store mixed up their credit cards. Jen comes in complaining that she broke up with her boyfriend Dick because he has five kids and he wanted her to meet them on their planned trip to Africa. Jim learns that this Dick is also his boss, so while Lauren asks Jen to let her go on the trip, Jim calls Dick to ask him to sell the trip to him. Both Jim and Lauren excitedly exclaim that they’re going to Africa with their kids.

Both families arrive in Africa, and neither Jim nor Lauren is happy to see the other. To make things more awkward, they are put in a romantic suite while the kids stay in their own room.

The families are put together for a “blended familymoon”, where they get together with other couples, including the very oversexed Eddy (Kevin Nealon) and Ginger (Jessica Lowe), with Eddy’s teenage son Jake (Zak Henri), with whom Hilary is smitten. Their host is Mfana (Abdoulaye NGom), while they are frequently followed by the African performer Nickens (Terry Crews) and his band.

The kids make an awkward impression with each other, with Brendan calling his mom “hot”, and the others not knowing how to react to Espn acting like her mom is there with her. Over time, they begin to bond with each other and each other’s parents. However, when Hilary tries to catch Jake’s attention, Jim embarrasses her during a basketball game, causing her to run away crying.

Jim takes Tyler to ride ostriches, to Lauren’s horror. Jim is thrown off the ostrich but Tyler claims he’s having the best day of his life. When the boy wants to go parasailing, Lauren opts to try it out first. She enjoys herself until the van pulling her runs out of gas. Jim tells her to move her legs to make the landing easier, but the parachute knocks him down.

Before dinner, Lauren brings Hilary to a salon to get a makeover to impress Jake. She comes out looking very beautiful, and she indeed catches Jake’s eye, although Jim is not happy with Lauren trying to manage his daughter. They argue briefly, making everyone at the table leave, but they chill out.

Jim and Lauren warm up to each other as time passes. They inadvertently get together for a couples massage and have fun with each other while Eddy and Ginger fool around inappropriately. Afterwards, Lou asks Lauren to put her to bed. She does so and sings “Somewhere Over The Rainbow”, with Espn and Hilary listening in as well. She kisses them goodnight and leaves.

Jim bonds with Lauren’s boys by practicing playing ball with Tyler using a cricket bat and the help of Dale Steyn. The boy manages to hit the ball on his third try. Jim then does some boxing with Brendan since he knows the boy wants to take out some frustration on him.

On the last night of the trip, Lauren puts on a beautiful black dress that she admired earlier which Jen bought (actually stole) for her. She wears it that evening, stunning everyone (except Brendan). Jim and Lauren are sat down for a romantic dinner while the kids are having fun. A little band of monkeys entertain the couple. They nearly kiss but Jim pulls back, unable to do it.

Everybody returns home. Lauren laments not getting to be with Jim, and then she finds out that Jen is giving Dick a second chance, now willing to meet his kids. Hilary is keeping in touch with Jake, even though he lives in Vancouver. Jim realizes he misses Lauren and that he’s fallen in love with her. Although Espn is not fully ready to move on from her mother’s passing, she also doesn’t want her dad to lose Lauren. At the kids’ behest, Jim goes to Lauren’s house to give her flowers, only to find Mark there, pretending to be back with Lauren. Tyler gets excited to see Jim and wants to play ball, but Jim sadly leaves and Mark bails on his son again. He later tries to make a move on Lauren, but she refuses since he has continuously failed to be a good father.

That following Saturday, Lauren and Brendan go to support Tyler at his game, along with Jen, Dick, and his kids. Mark, once again, is a no-show. Jim and his daughters arrive to show encouragement, inspiring Tyler to hit the ball. Although he has no idea what he’s doing, he makes it all the way back to home base, allowing his team to win. His teammates cheer and carry Tyler proudly. Jim then finds Lauren and they admit to wanting to be together, and they finally kiss, to the happiness of their kids.

The final scenes shows Nickens and his band singing in a hot air balloon over the field. Nickens nearly falls out, but he’s pulled back in safely. 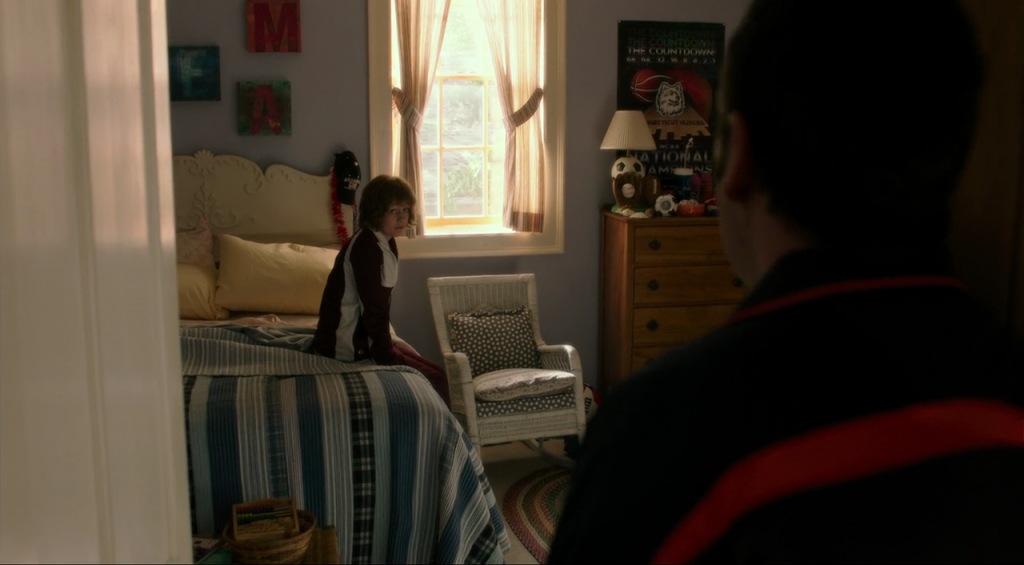 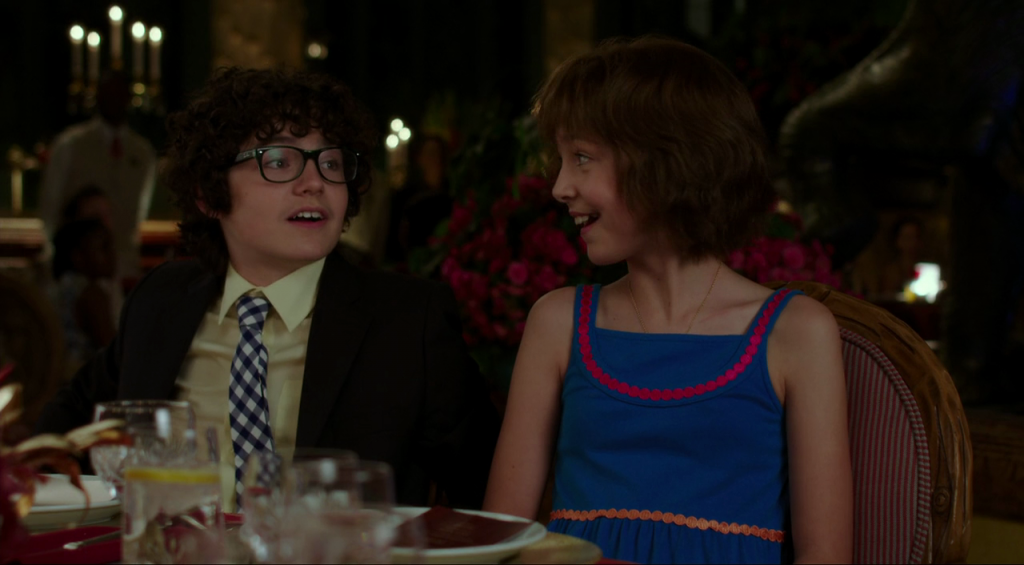 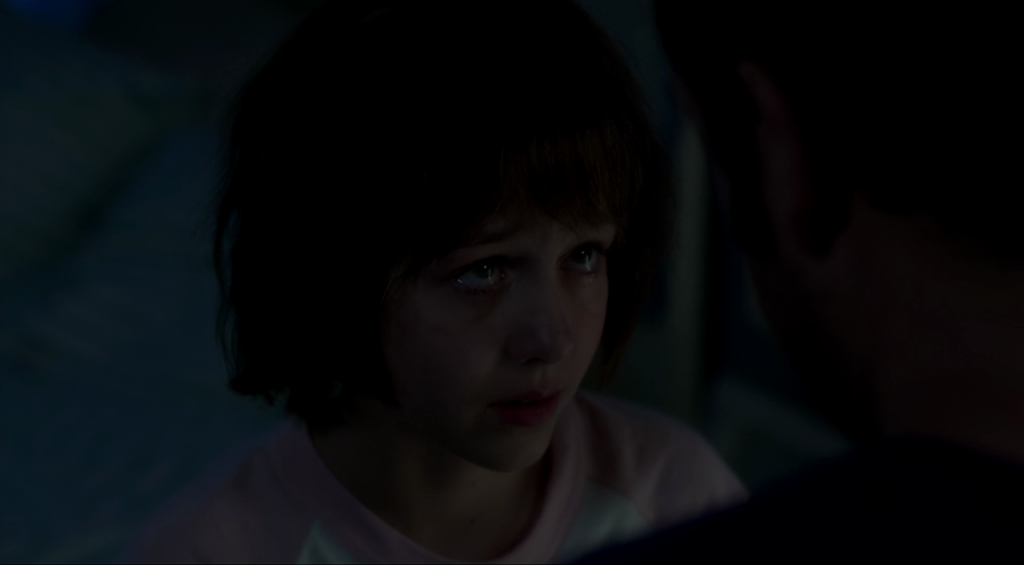 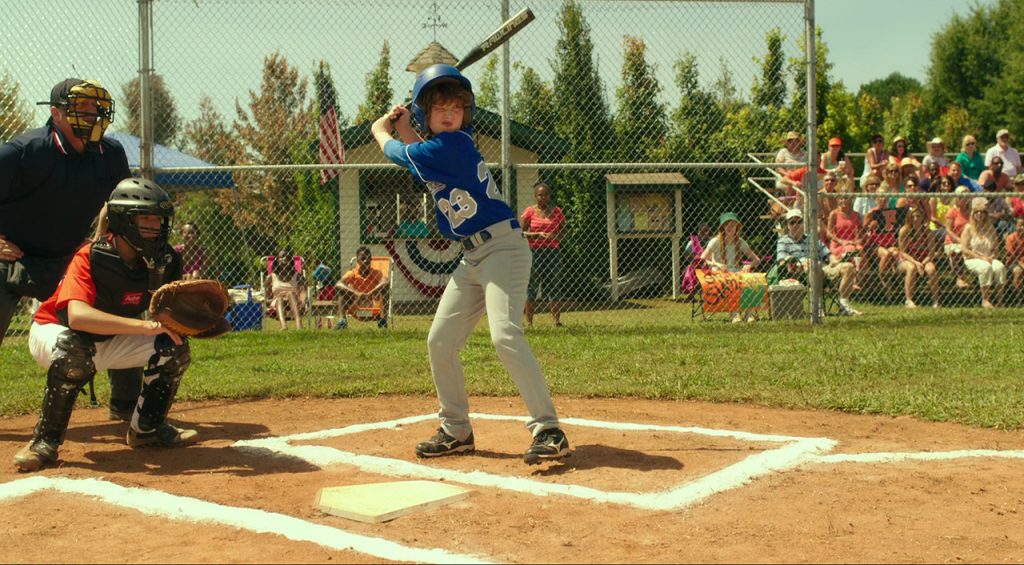 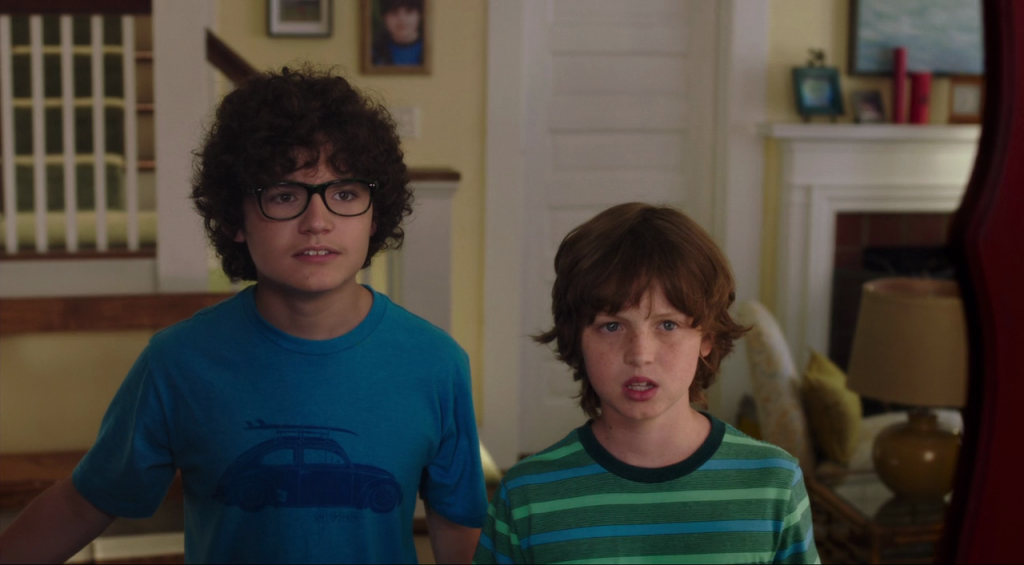 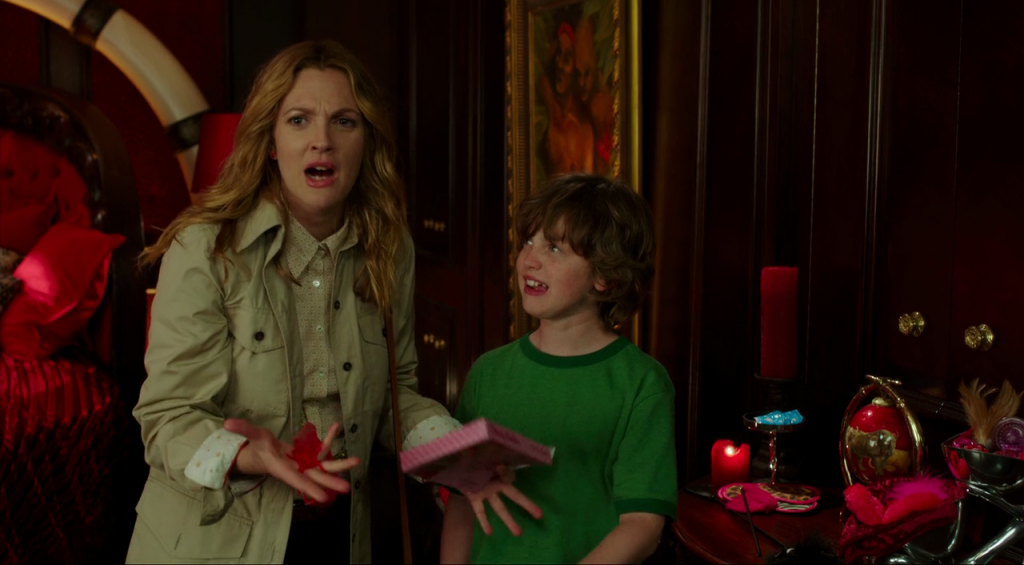 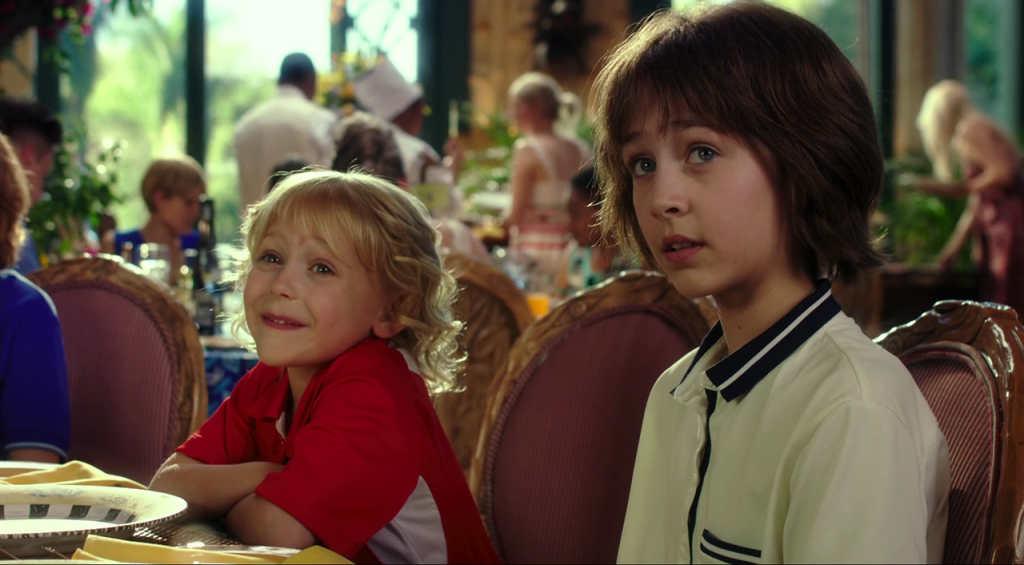 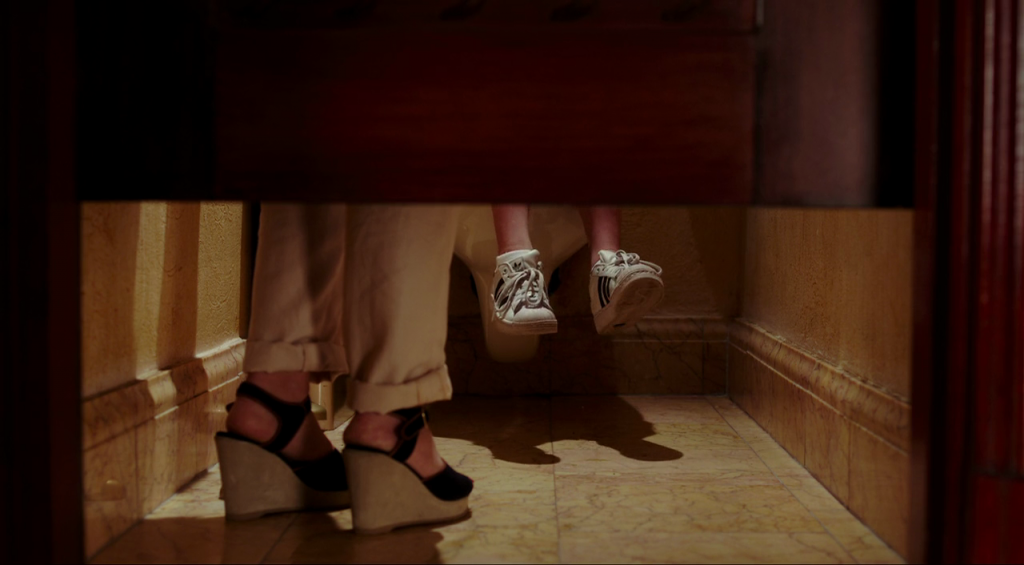 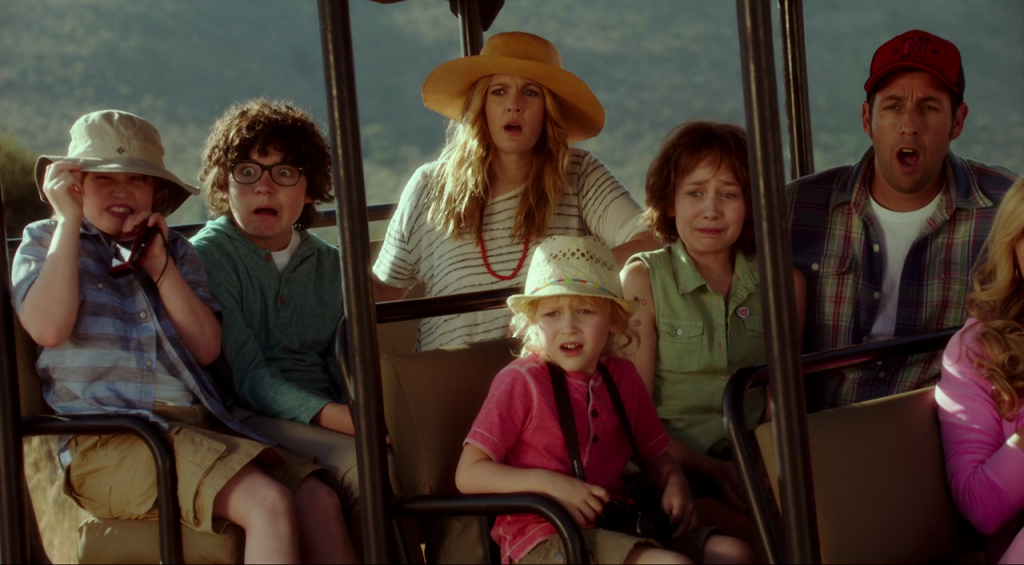 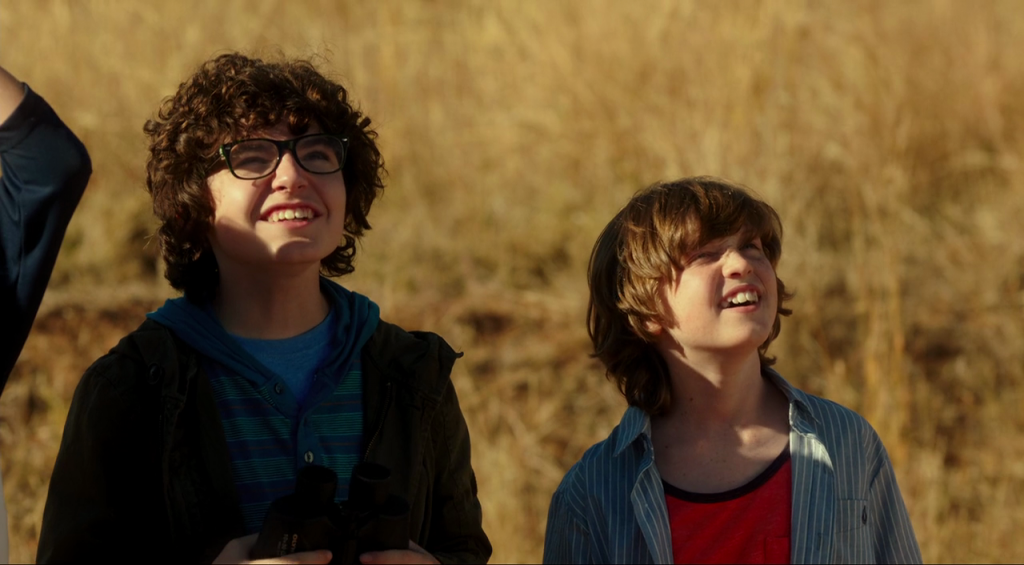 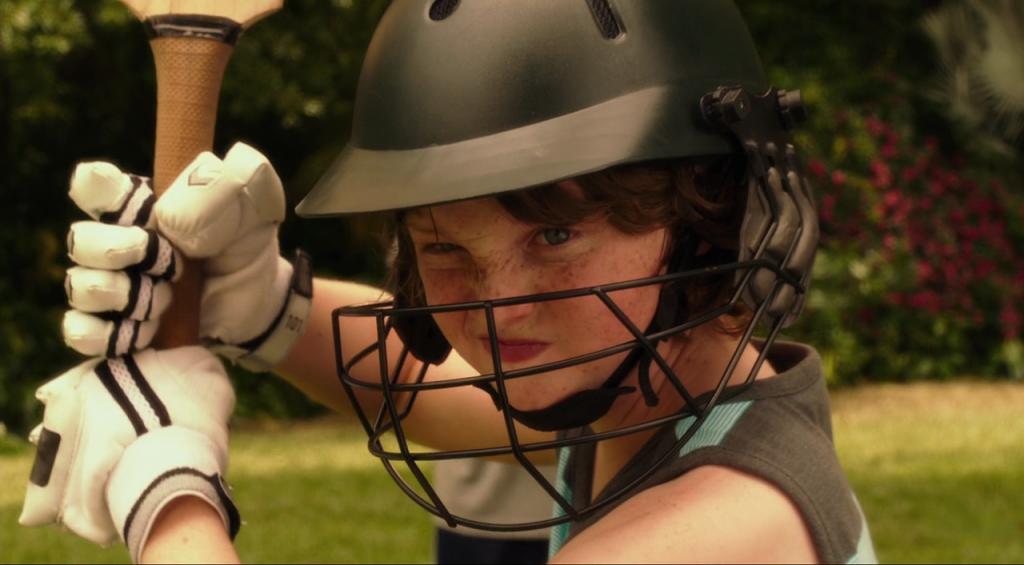 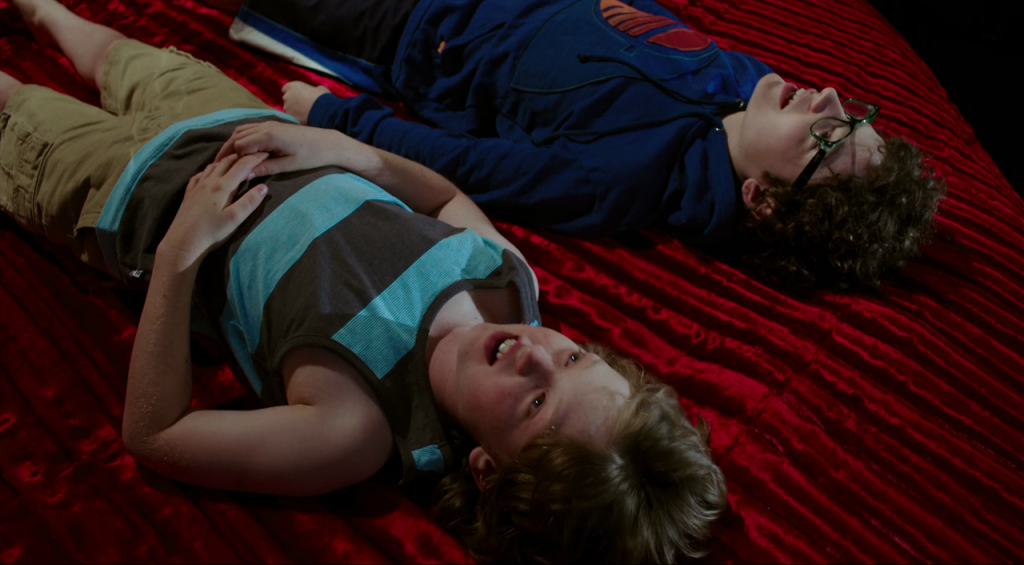