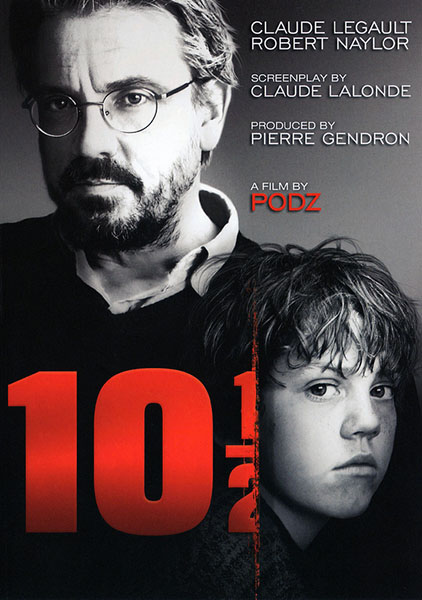 Tommy, 10 years old, is well known by Social Services. He is considered a danger to society. Gilles, his guardian at this halfway house, sees potential for redemption in this kid driven by violence.

From a broken home – his parents, Luc Lebeau and Sonia Leblanc, both with substance abuse issues and who are no longer together – and living within the foster care system, ten year old Tommy Leblanc is sent to Springboard, a juvenile detention and rehabilitation center, following what is only the latest troubling incident in his long troubled life. Each boy at Springboard is assigned an educator – Tommy’s being Gilles Séguin – for dedicated attention. The strict rules at Springboard all revolve around respect for each other, the consequence of any contravention of the rules usually being revocation of any privileges, and being placed in isolation, that level of isolation based on the specifics of the incident. While many of the boys are disruptive forces either by choice or by other yet undiagnosed psychological issues, Tommy takes that disruption to a new high for Gilles and Springboard, Tommy who frequently throws tantrums often of a very violent nature. Those tantrums can be ignited by the smallest provocation. Gilles often feels at a loss as besides only scant information about Tommy’s parents, he knows nothing about Tommy’s past, with Luc, the only parent whose whereabouts are known, seems to be unwilling to be a part of Tommy’s life in any form. In taking Tommy to the facility psychiatrist Dr. Michèle Bergeron, Gilles questions her approach in dealing with Tommy, especially as Tommy being at the facility is already taking its toll on him and the rest of the staff, with Dr. Bergeron’s recommendation adding an extra level of dedicated attention and possible disruption, possibly negatively affecting the care of the other boys. If Gilles is unable to get through to Tommy using Dr. Bergeron’s approach, Tommy may face a life from which there is no turning back to hope.