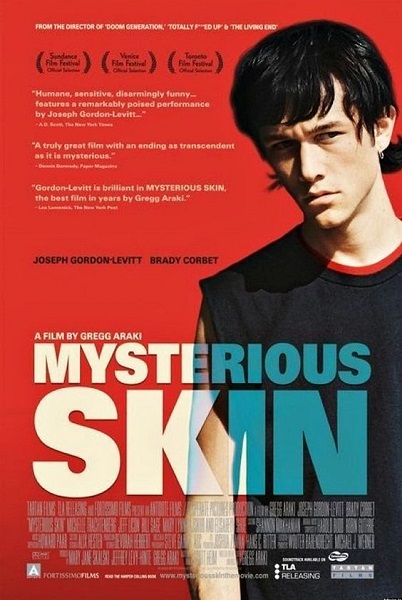 The beginning of the movie is told from the main characters’ point of view, i.e. Neil (Joseph Gordon-Levitt) and Brian (Brady Corbet), so for the beginning this will be told in an omniscient sort of view. I also might over explain things. Sorry.

Summer of 1981: The movie opens with an 8 year old Brian Lackey in the crawlspace of his house. It’s dark and his nose is bleeding, though he doesn’t seem to notice it, or anything for that matter. He tells us that 5 hours disappeared from his life. The last thing he could remember was sitting on the bench at his Little League game; it started to rain. After that, nothing. His sister, Deborah (Rachel Kraft), finds him and realizes his bloody nose. When their mom (Lisa Long) gets home Brian rushes over. You can see an overbearing mother, still calling brian a “poor little baby”, but you can also see an annoyed father (Chris Mulkey) on the couch. His mom then gives him a bath, saying she knew he would get hurt playing sports, but the dad is disappointed with Brian saying he’s a quitter. His mom makes him quit baseball the next day. When Brian’s asleep we see him dreaming; he’s lying on this strange looking surface while still in uniform. The screen shows a blue light before a shadowy figure passes in front of it. Brian wakes up startled, saying this was when the nightmares, the nose bleeds, the bed wetting, and the black outs all began. One night when the TV won’t work quite right, Brian sees a bright blue light over the tree tops. Deborah thinks it’s a UFO, but the mom thinks it’s just a weather balloon. They go on the roof to look at this thing, which does in fact look like a UFO (I’m not really sure what it is). He finishes the scene by telling us those were the two things he’d never forget; the crawlspace and the UFO.

Summer 1981: The movie then switches to Neil, also age 8. He’s looking out his window, watching his mom (Elizabeth Shue) and her boyfriend, Alfred (David Smith). Neil masturbates while watching his mom give Alfred oral sex. When he orgasms it’s the first time something came out. He couldn’t wait to show Coach (Bill Sage). At the beginning of summer his mom signed him up for Little League. When he sees Coach he says he looked like the life guards, cowboys, and firemen he’d seen in the Playgirls his mom hid under the bed (Suggesting Neil’s gay). He becomes the star player fast, but it wasn’t much considering the other kids were terrible; Brian being the worst. During the first game, Neil scores big, saying the only thing that mattered was making Coach proud. After the first victory Coach calls saying he’s taking the team out to celebrate, but when the doorbell rings, it’s just him. Coach takes Neil to see a movie, then to his house with pizza. By Neil’s standards, the house is awesome since there’s a huge TV with his favorite video games. They play Astroid and make small talk until the Coach wants to record Neil’s voice. He takes Polaroid’s of Neil making various faces. Neil goes to Coach’s again after another baseball game. Coach shows him the album full of Polaroids he took last time. Coach then shows him his cabinet full of food, and they proceed to each mini cereal boxes. Neil’s box bursts open spilling cereal everywhere, but Coach uses this opportunity to throw his cereal everywhere and he ends up kissing Neil, telling him everything is going to be ok.

October 1983: It’s Halloween and Neil introduces us to his new friend Wendy (Michelle Trachtenberg), they decide to play a prank on a mentally challenged kid; Neil places small fireworks in the kids mouth and sets them off. He gives the kid oral sex in order to “win him over.” Brian on the other hand gets bullied, breaking his glasses and running for the woods. He sees a shadowy figure and we see his nose bleeding and him passing out.

November 1986: Neil’s 15 and turning tricks in the park. His tricks are always older men that somewhat resemble Coach. Neil shows Wendy what his latest trick did to his merchandise, which causes Wendy to always worry about Neil tricking with the wrong guy, but Neil is carefree. 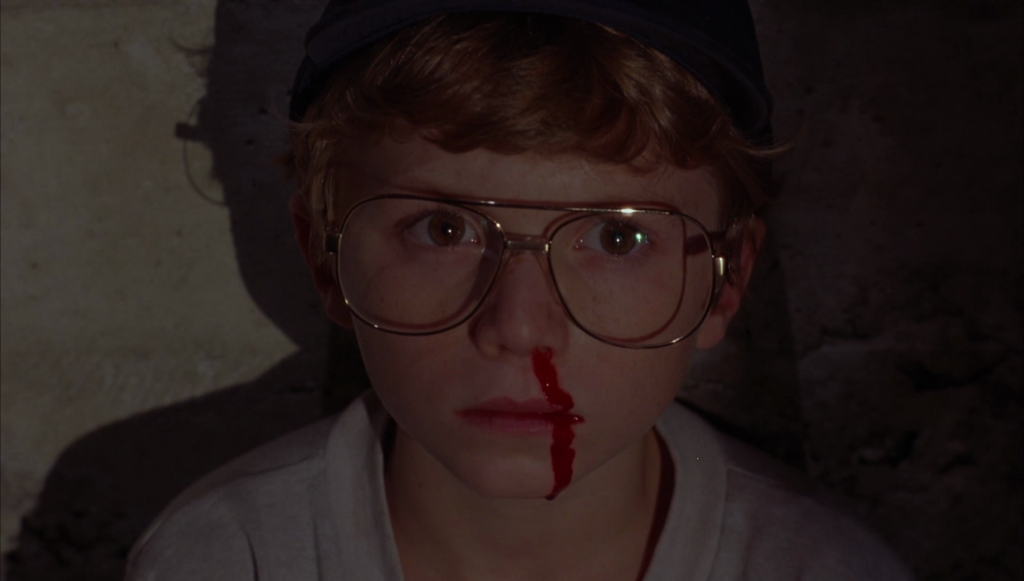 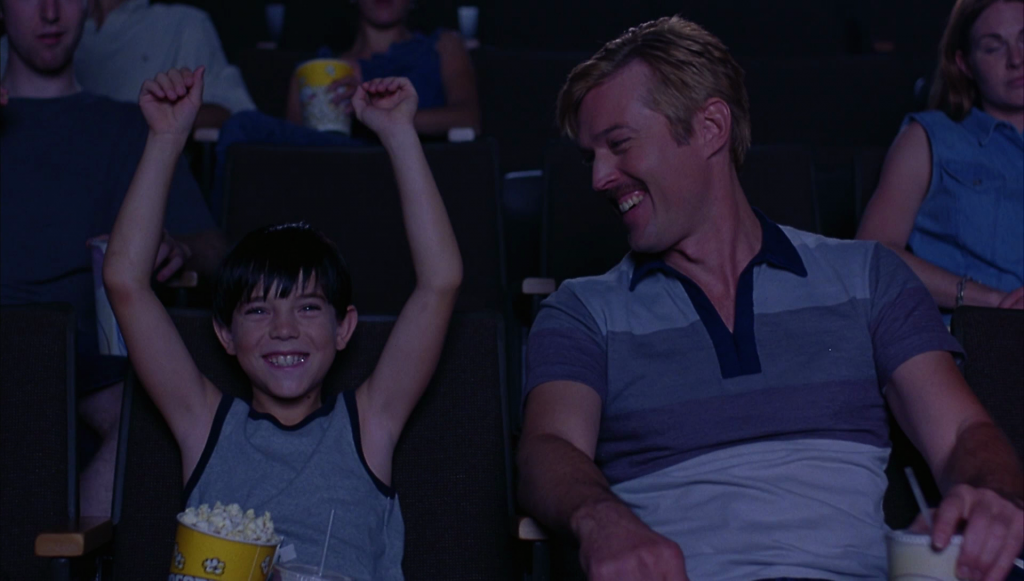 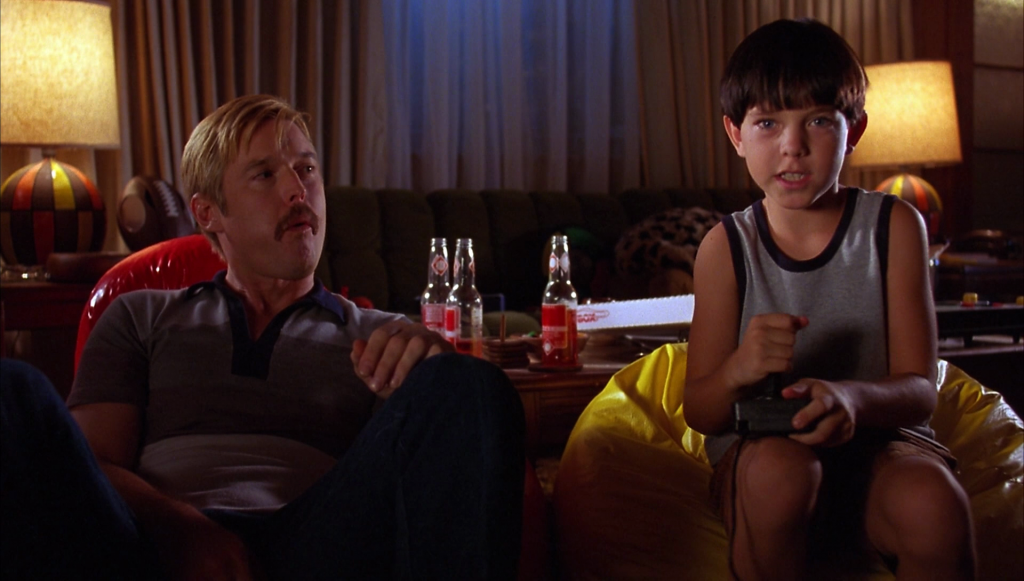 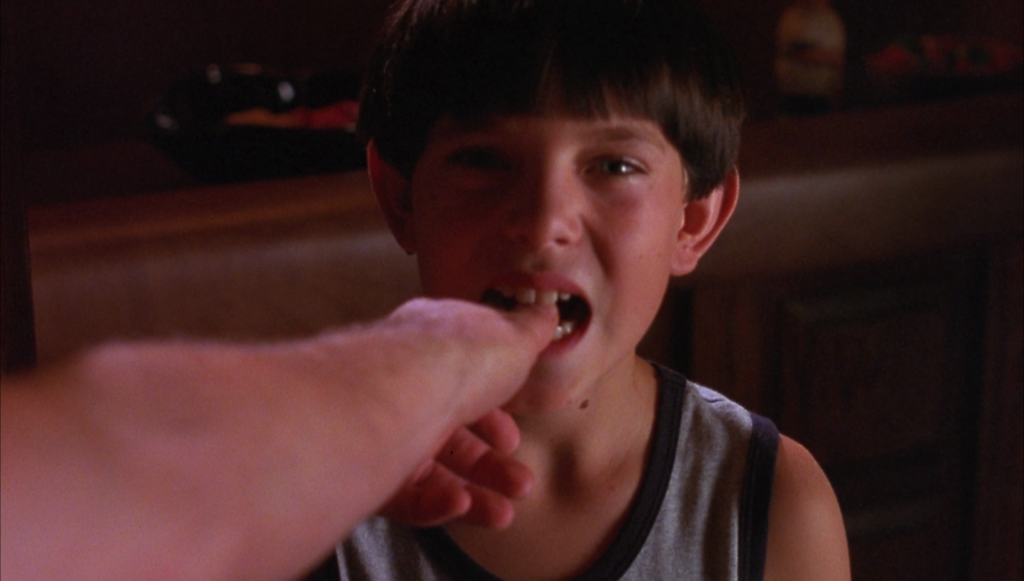 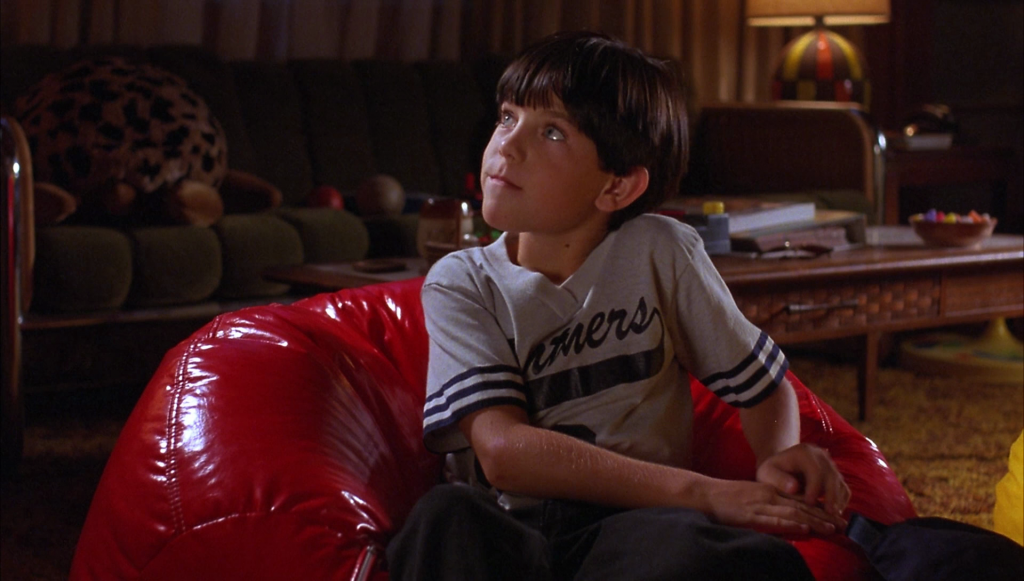 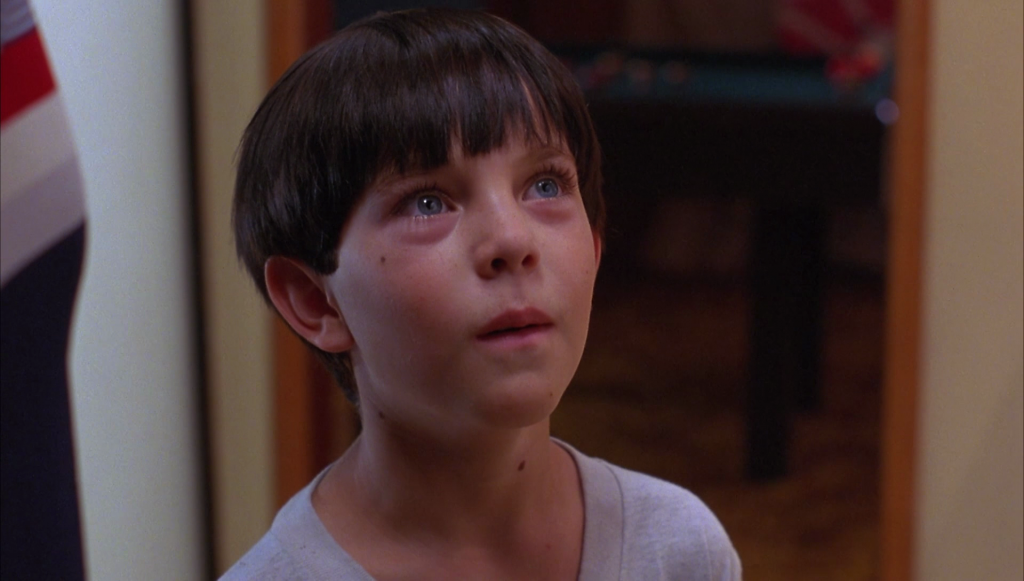 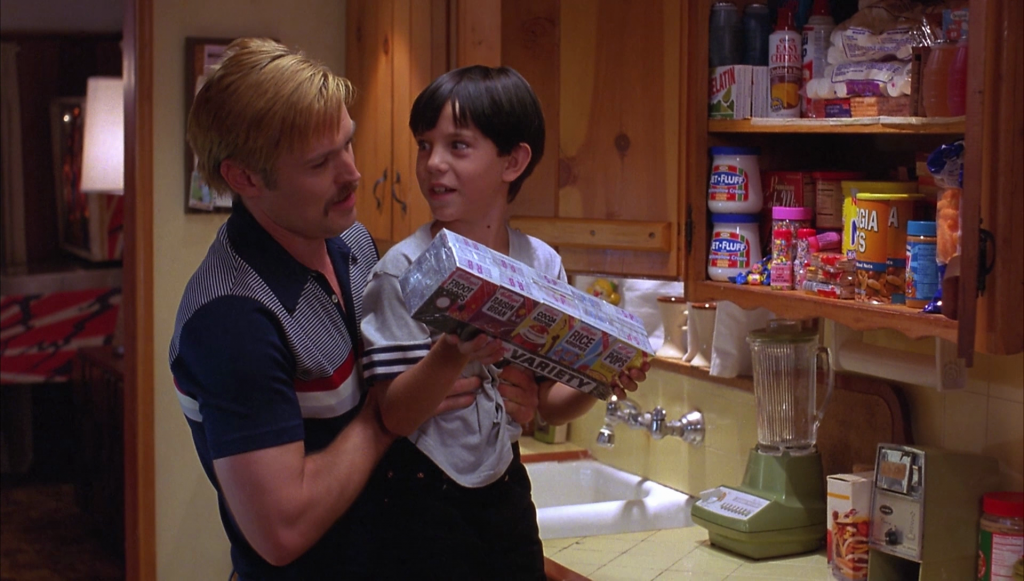 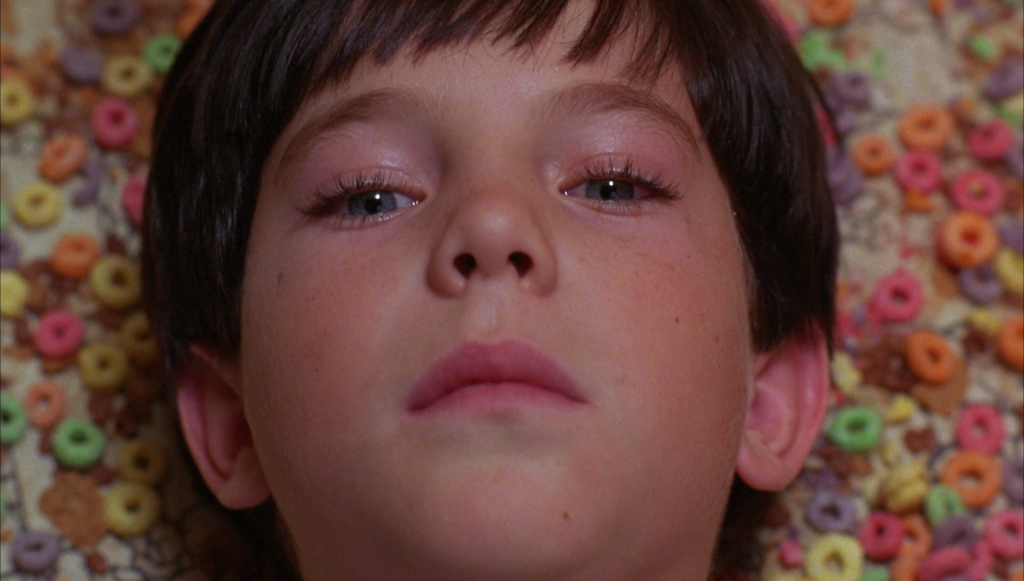 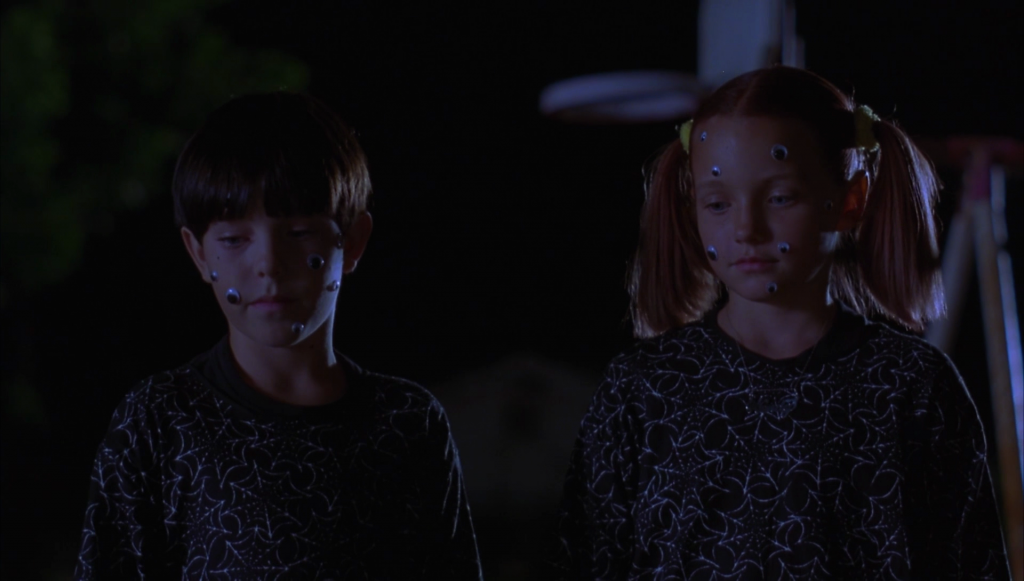 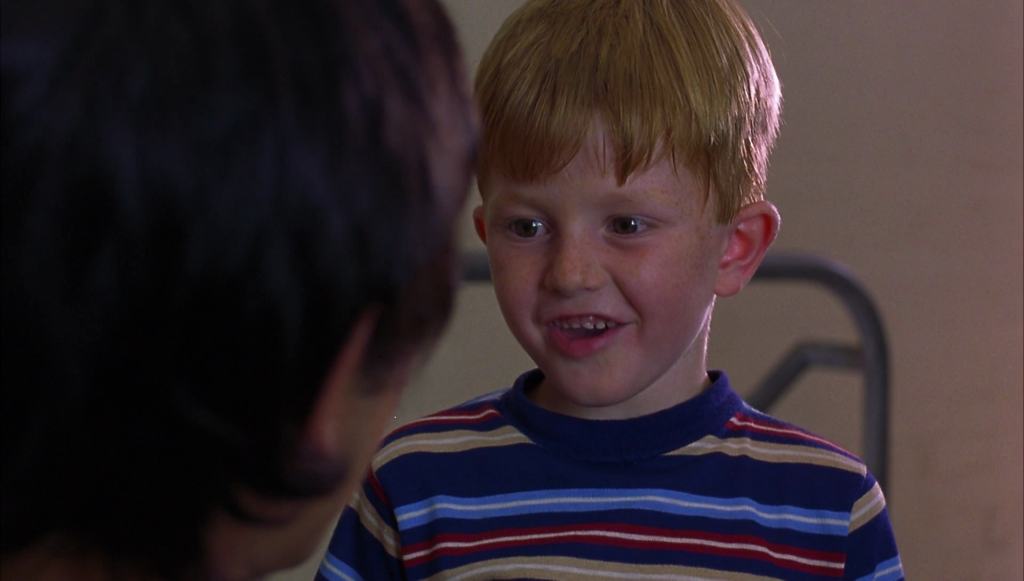 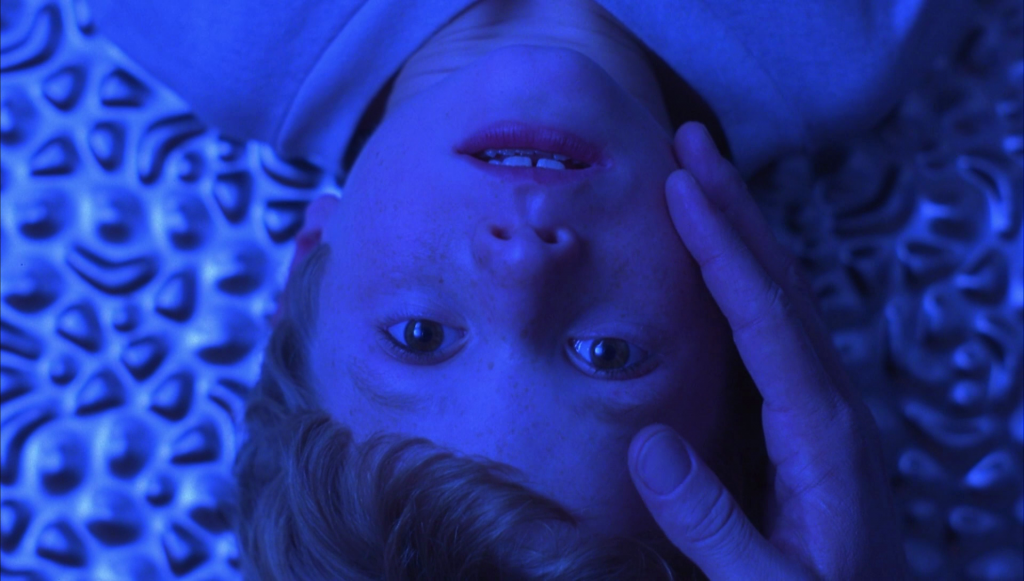 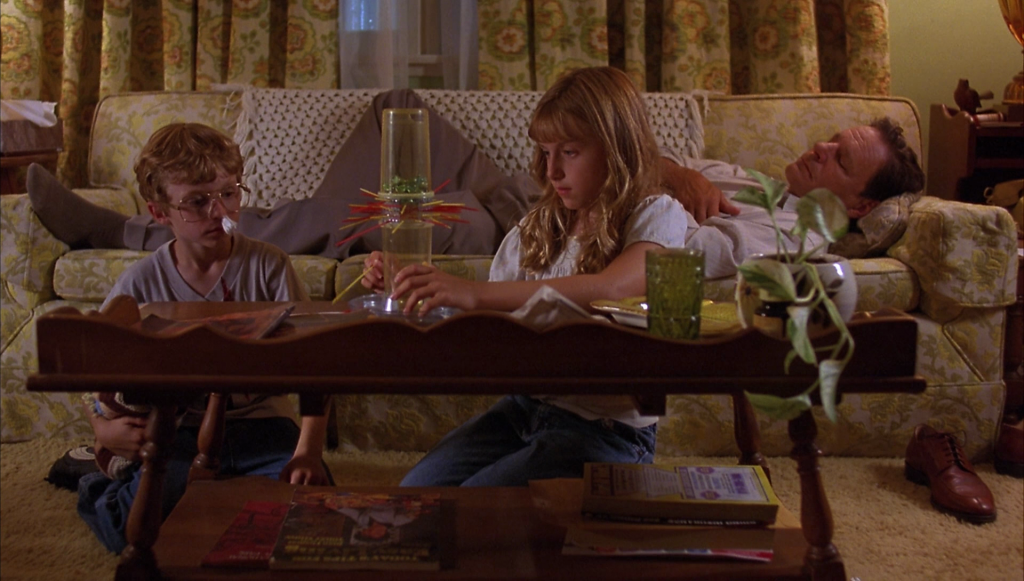 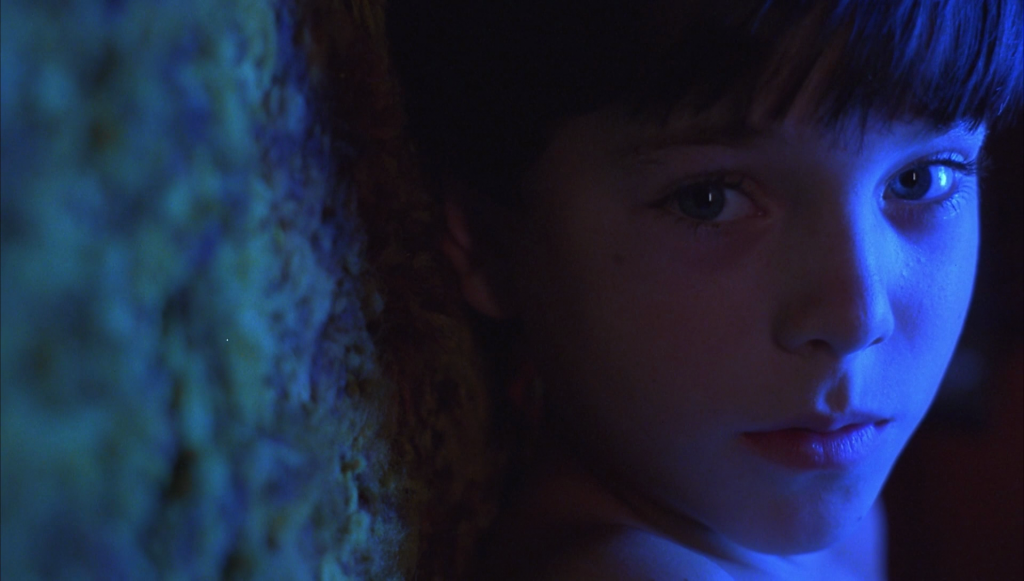 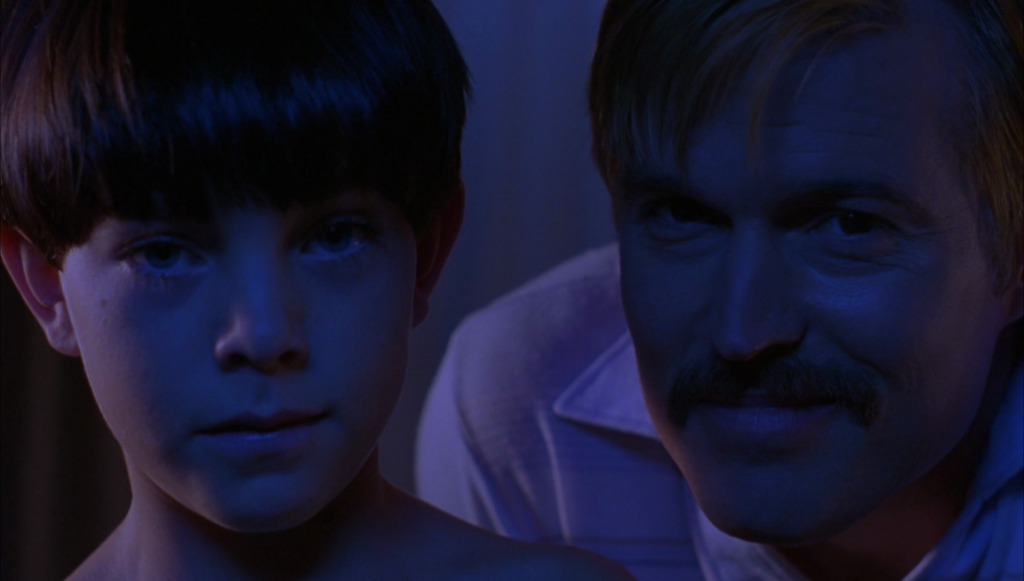 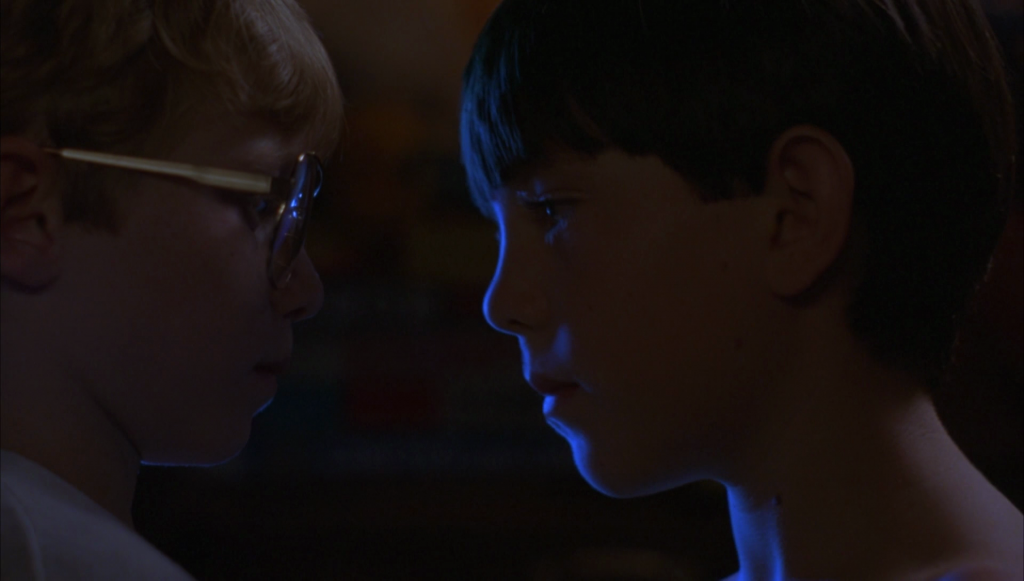 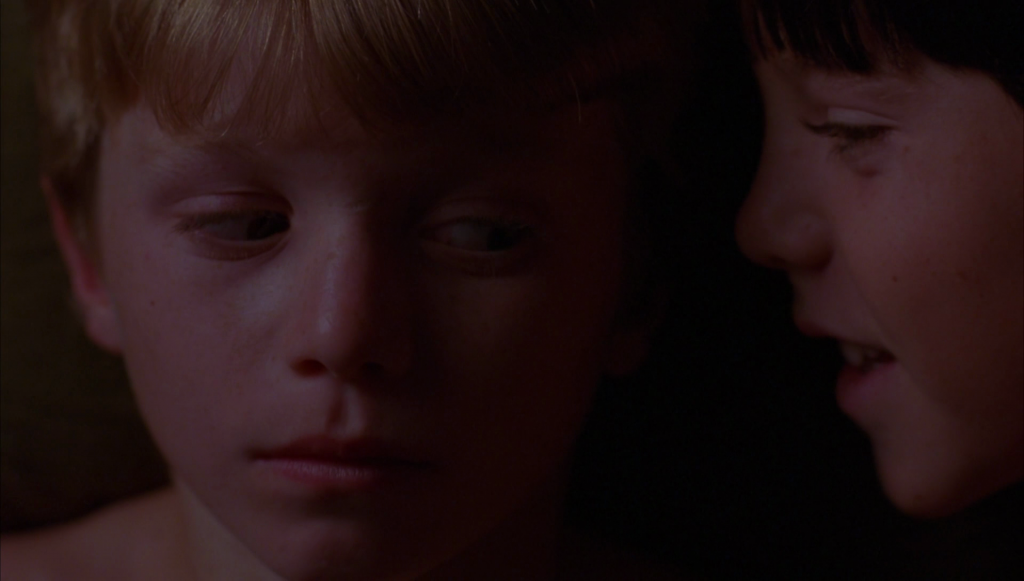 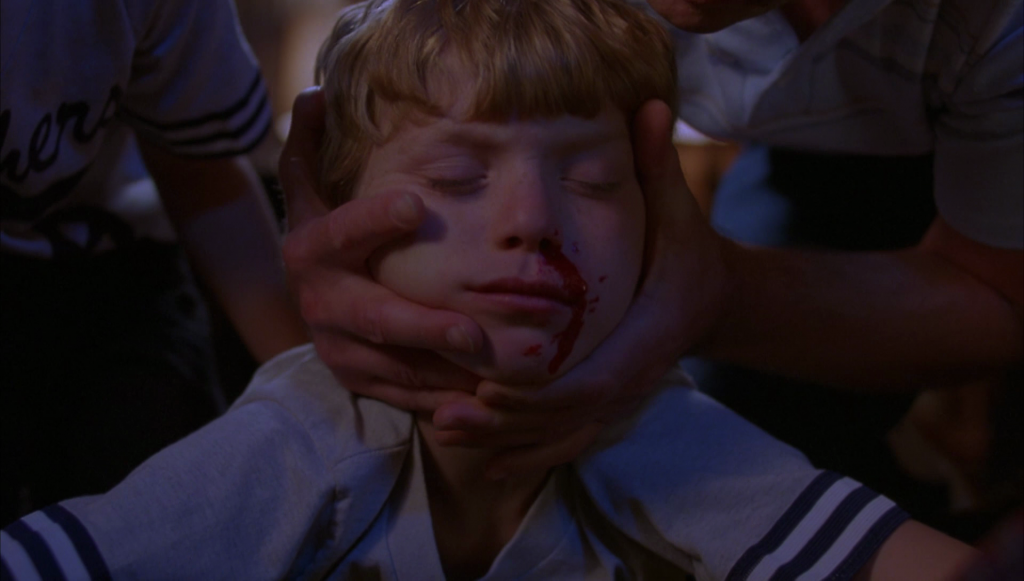 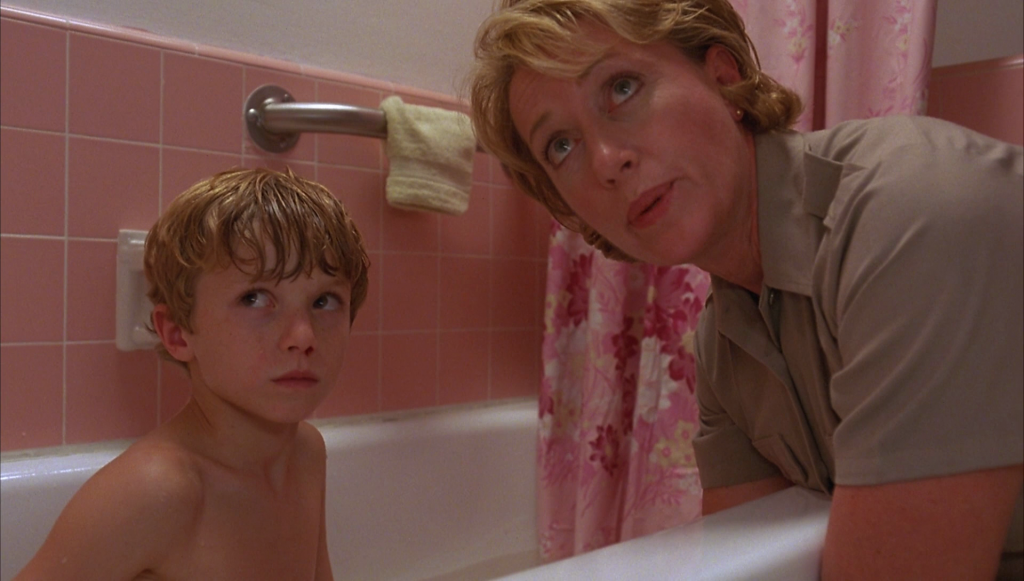 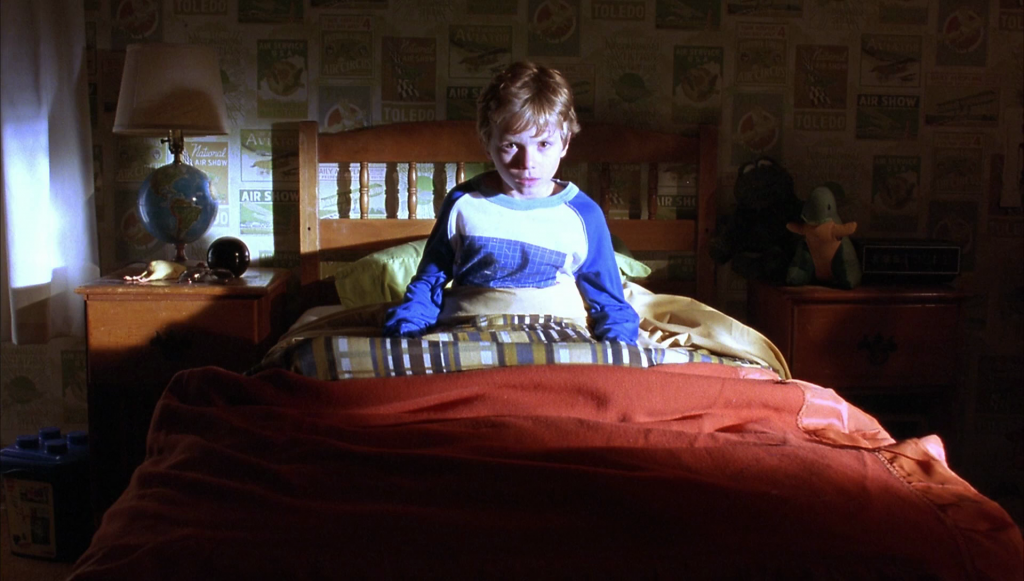 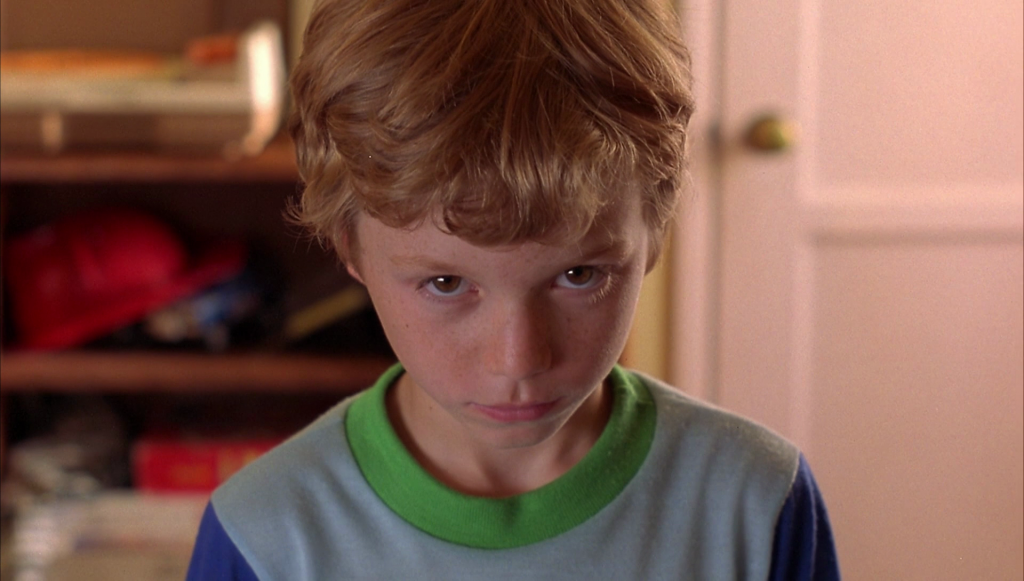