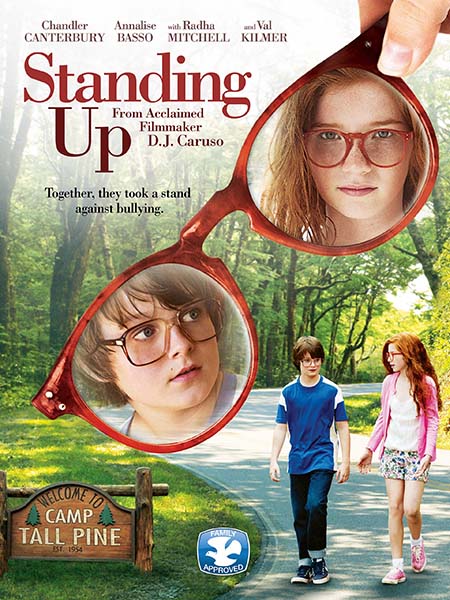 Late one night at a summer camp, a young adolescent boy is tricked into being stripped naked by other boys, who leave him on an island in a lake. He soon discovers a cabin, in which he is surprised to find a girl his age from a nearby camp, who has also suffered the same prank.

The boy and girl– who are not named until much later– briefly talk about how much they hate being ridiculed by the other camp kids, and decide they will not return to camp but rather set off on their own. First they swim off the island, then find another cabin where they finally don some ill-fitting clothes. (Their nudity on the first night and next morning is mentioned, but not exposed.) Meanwhile, the camp managers realize the duo have wandered off rather than sticking around to endure the indignity of past “goats” who have been similarly hazed.

The boy and girl proceed to escape to another camp where they are surprised to be befriended by other kids their age, who do not expose them as refugees. Here they discover an unexpected unity among children, who in this place are kind and willing to talk about their own problems. One slightly older boy becomes attracted to the girl in a mean way, resulting in a revealing confrontation that gives the escaped kids more confidence.

The duo move on to spend the night at a more comfortable motel, where they finally reveal their names– Howie and Grace– and share some awkward moments while expressing subtle affection. The next day, Grace calls her mother and says she wants Howie to come home with them since his parents are far away. As her mother later reveals, however, Howie is an orphan living in a foster home, leaving Grace quite conflicted about what to do.

After an encounter with a rogue county deputy, and realizing that they can’t live on their own in the woods, Howie and Grace reveal their location to her mother, who comes to find them. The main story closes, until later that fall when Grace is shown opening mail from Howie, who has sent her a series of poignant photographs that he had taken with a cheap camera during their time on the run.

In voiceover, Grace says that Howie had since found adoptive parents, and that she is grateful for the time they had together. In the closing shot, Grace reads through the notebook that Howie had also kept during their time together, in which he very simply yet clearly indicates just how much he had grown to like her in those three days.