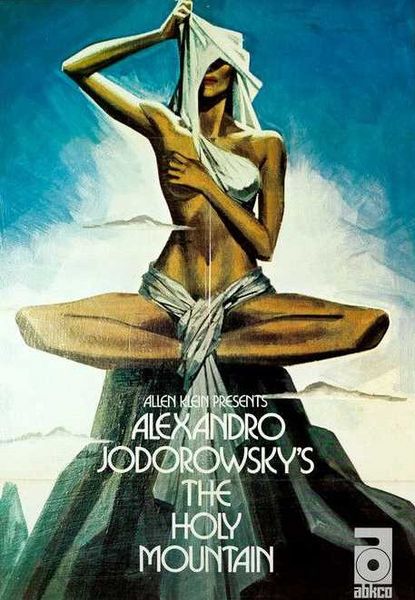 A man (who is later identified as the thief) representing The Fool tarot card, lies in the desert with flies covering his face. A horde of nude children, with green leaves covering their genitals, run toward the thief and remove a flower that attached to his hand. They then along with a man without any limbs tie the thief to a pole and begin to throw rocks at him. As soon as, one of the rocks hits him in his forehead however, he awakens, detaches himself from the pole and scares the children away. The fool grabs a rock and threatens the limbless man with it but they both share a joint, become friends and travel into the city where they make money entertaining tourists. Because the thief resembles Jesus Christ in appearance, some locals, drunken the thief, and create wax Christ statues with his passed out body. After awaking surrounded by multiple Christ statues, he destroys all of them except for one. A group of prostitutes come across the thief on the street and one of them falls in love with him. The thief walks into a hall with soldiers dancing with locals and has a dispute with a priest who kicks him out, he then eats off the face of his wax statue and sends it skyward with balloons, symbolically eating the body of Christ and offering “himself” up to Heaven. Soon after, he notices a crowd gathered around a tall tower, where a large hook with a bag of gold has been sent down in exchange for food. The thief, wishing to find the source of the gold, ascends the tower. There he finds the alchemist and his silent female assistant.

After a confrontation with the alchemist, the thief defecates into a container. The excrement is transformed into gold by the alchemist, who proclaims: “You are excrement. You can change yourself into gold.” The thief accepts the gold, but smashes a mirror with the gold when shown his reflection. The alchemist then takes the thief as an apprentice.

The characters are led by the alchemist through various transformation rituals. Each carries a staff topped with the symbol of his or her planet; the alchemist carries a Sun staff, the thief carries a Moon staff, and the alchemist’s assistant carries a Mercury staff. The ten journey by boat to Lotus Island in order to gain the secret of immortality from nine immortal masters who live on a holy mountain. Once on Lotus Island they are sidetracked by the Pantheon Bar, a cemetery party where people have abandoned their quest for the holy mountain and instead engage in drugs, poetry, or acts of physical prowess. Leaving the bar behind, they ascend the mountain. Each has a personal symbolic vision representing his or her worst fears and obsessions. Near the top, the thief is sent back to his “people” along with a young prostitute and an ape who have followed him from the city to the mountain. The rest confront the cloaked immortals, who are shown to be only faceless dummies. The alchemist then breaks the fourth wall with the command “Zoom back, camera!” and reveals the film apparatus (cameras, microphones, lights, and crew) just outside the frame. He instructs everyone, including the audience of the film, to leave the holy mountain and that “Real life awaits us.”