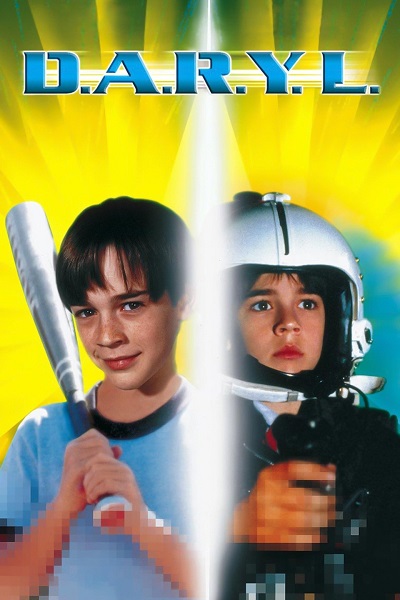 A seemingly normal young boy turns out to be a top secret, military-created robot with superhuman abilities.

A young boy is found wandering without any memory of who he is. A family takes him in and begin to look for clues to help him find his way home. In the meantime, they notice that the boy seems to have certain special abilities, not usually found in kids his age, or even fully-grown adults.

D.A.R.Y.L. is a sci-fi drama about a super-intelligent, 10 year-old, android boy named Daryl (Data Analysing Robot Youth Lifeform) played by Barret Oliver. The mysterious and miraculous boy possessed a computer brain and an organic body, he was created as a government experiment in artificial intelligence (AI). After he was freed by sympathetic scientist Dr. Mulligan, amnesiac Daryl lived with adoptive foster parents, a childless couple named the Richardsons, for awhile. With them, he learned human socialization skills and traits, and some new emotional responses. Once Daryl’s whereabouts were discovered, he was returned to the government facility that he was freed from, to be examined by military scientists. After completion of several “Test” some of the scientists and the military judged the D.A.R.Y.L. experiment to be a failure – Daryl was only considered to be a faulty, malfunctioning, and “expensive piece of hardware.” A decision was made by the military establishment to terminate the project – which meant destroying Daryl. The military and chiefs of staff actually wanted to create an “adult version” of the D.A.R.Y.L. prototype to be a fearless and technically-skilled soldier.