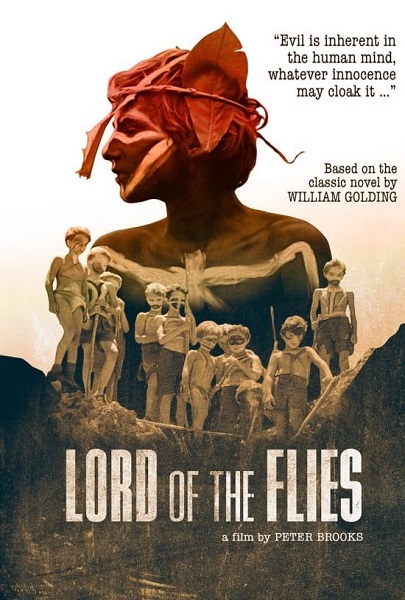 A group of well-mannered English schoolboys are evacuated from London at the outbreak of war. Their plane crashes en route to the South Pacific, on the shore of an uninhabited tropical island. About 35 of the boys make it to land, but there are no adult survivors and the plane wreckage is washed out to sea. Ralph, one of the older boys, is voted leader, and efforts are made to set up a society which will enable them to survive. By reflecting the sun through eyeglasses belonging to the fat and asthmatic Piggy, they start a signal fire for rescue planes. Jack, the bully of the lot, appoints himself chief hunter, and he and his aides track down and kill a wild pig, the head of which they mount on a sharpened stick as an offering to the unknown beast they believe lives on the mountain top. Actually, the “beast” is the body of a dead pilot; and what has terrified the children in the night is the fluttering of his parachute. Eventually, a fight ensues between Ralph and Jack, and the latter takes his followers to another part of the island, where they paint their bodies and faces and revert to savage, primitive life. One night, during a frenzied ritual featuring war dances and chanting, they hear a rustle in the underbrush and brutally slay the innocent Simon, who came to tell them he had learned the true identity of the beast. Now completely savage, the boys kill the helpless Piggy and then set out after Ralph, planning to offer him as a sacrifice to the beast. They chase him across the island until they come face to face with a rescue party. Confronted once more by civilization, the boys break off their pursuit and begin weeping. 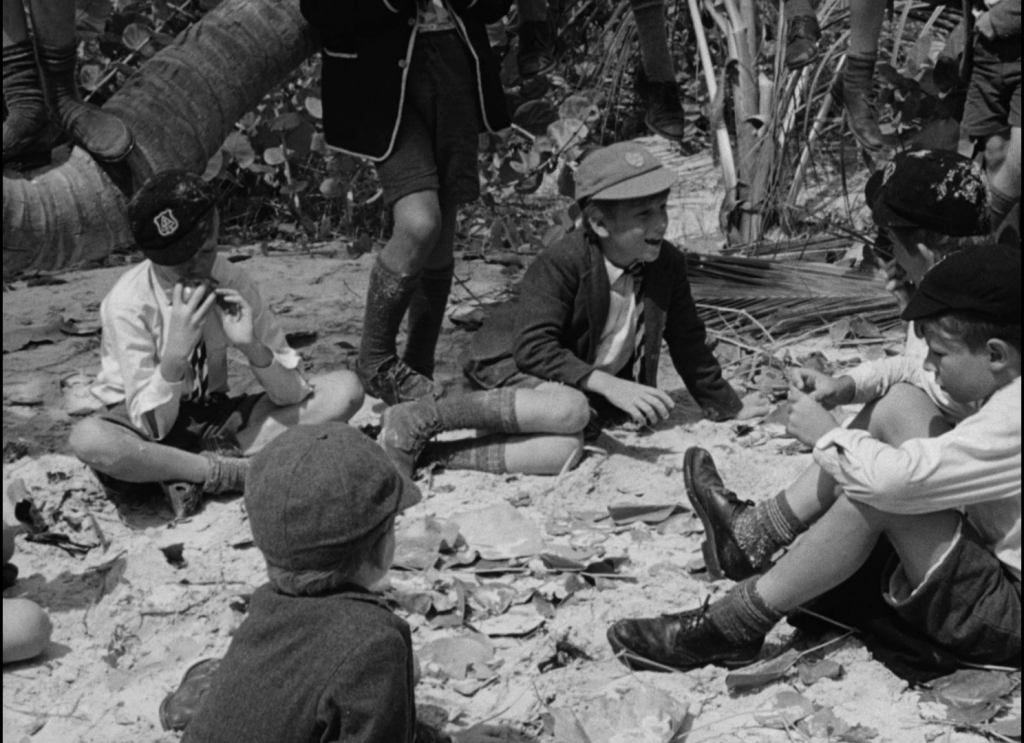 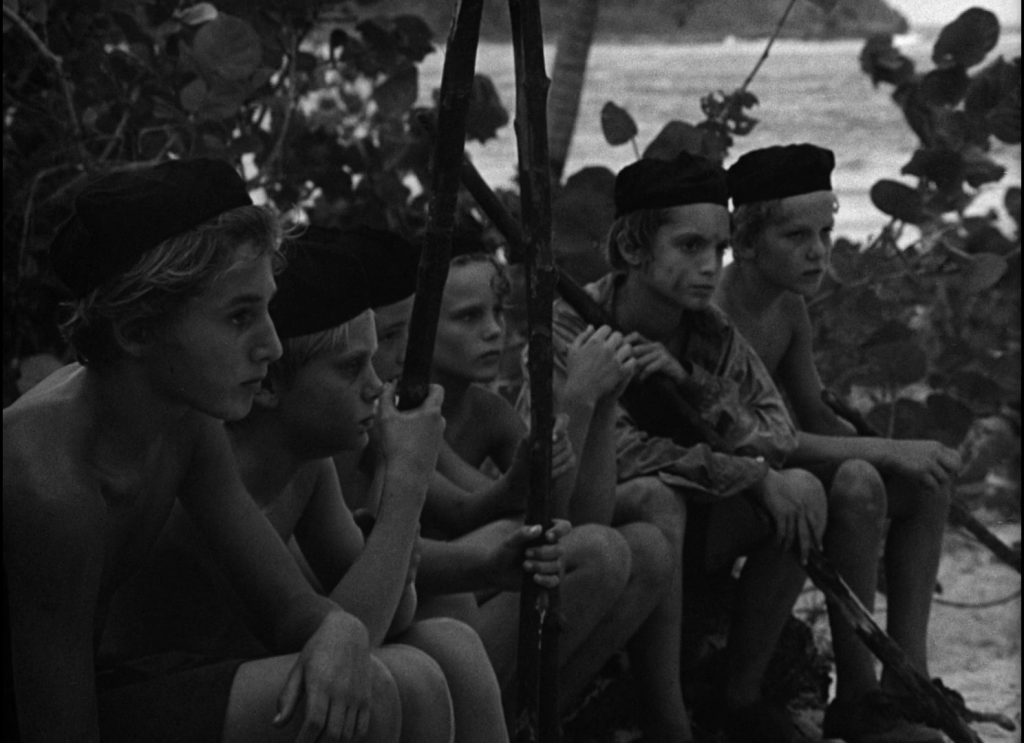 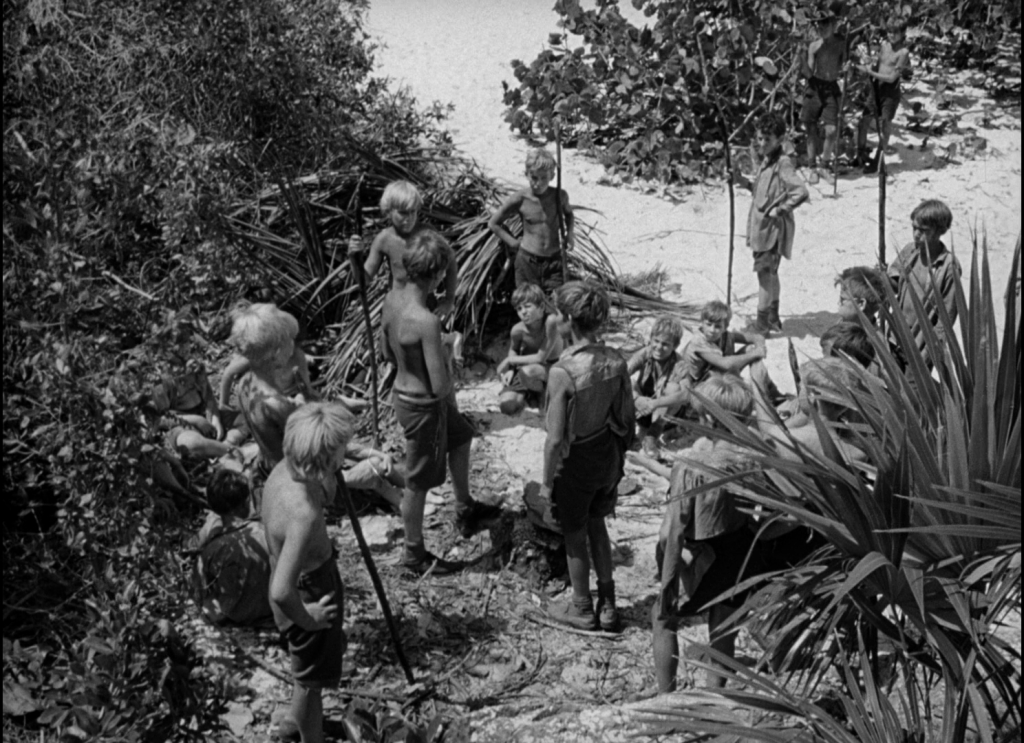 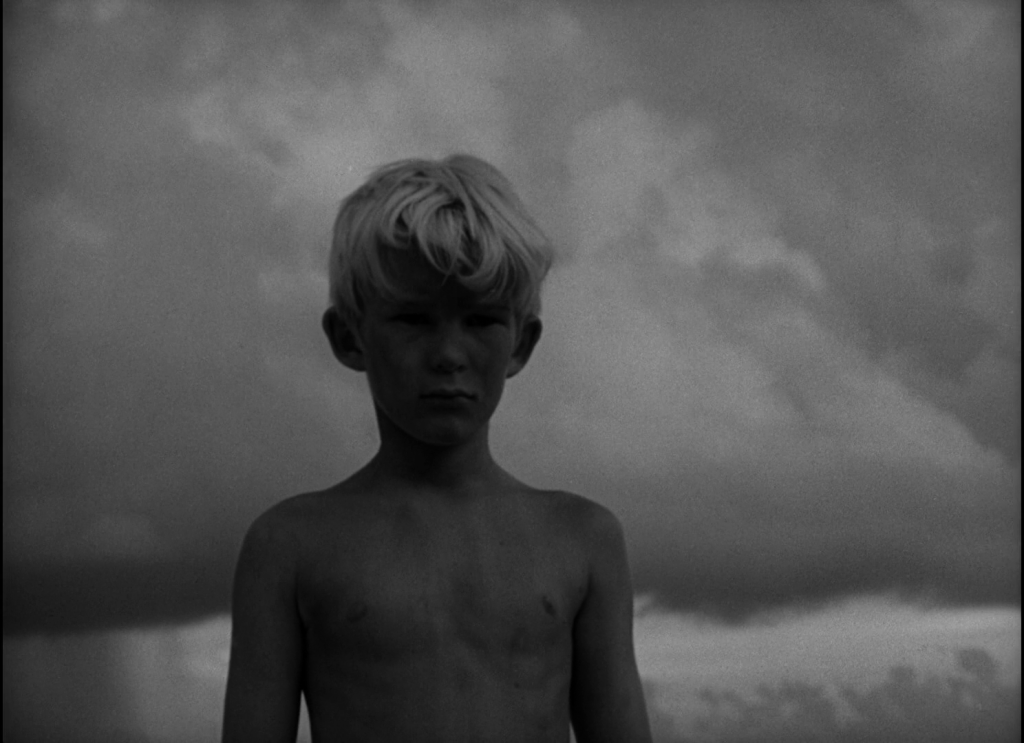 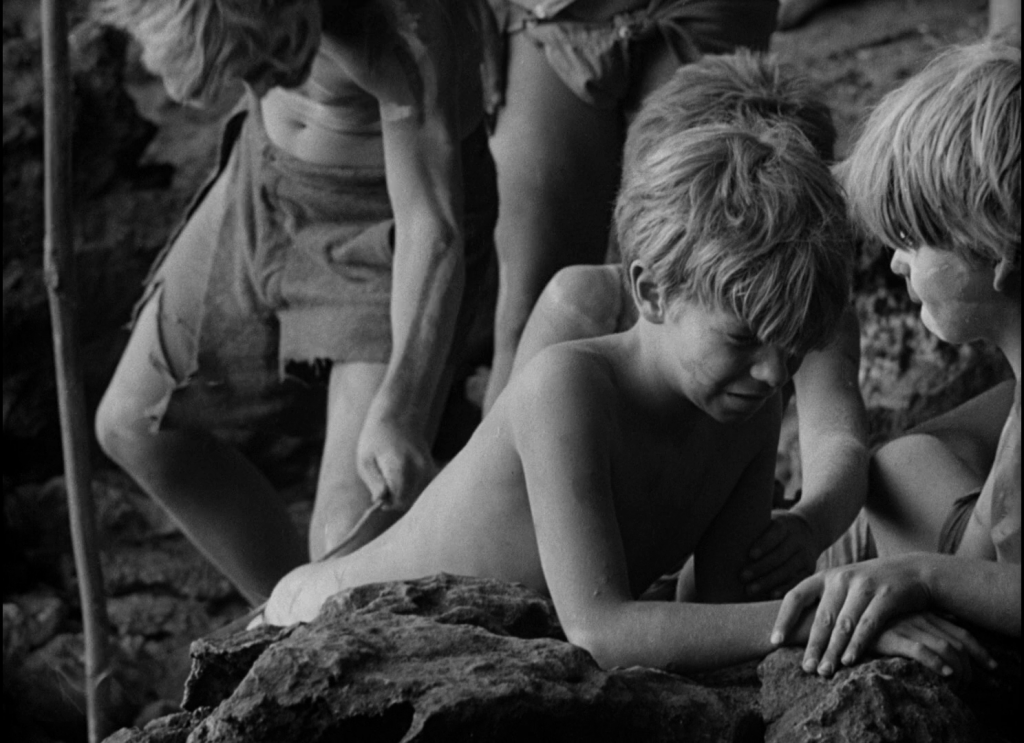 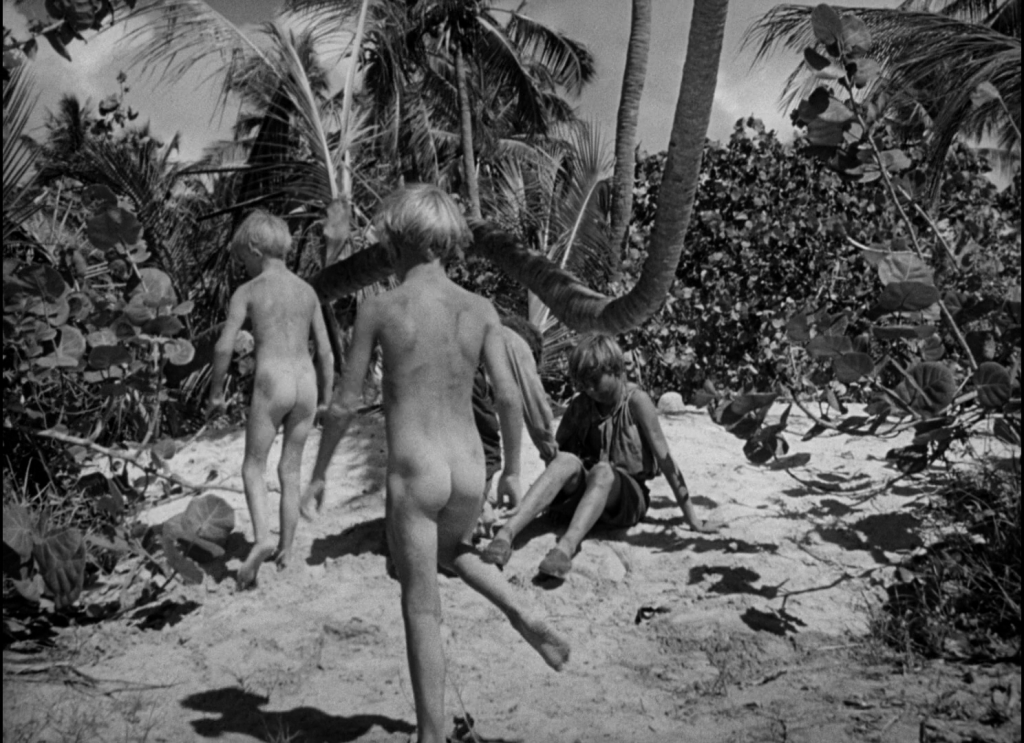 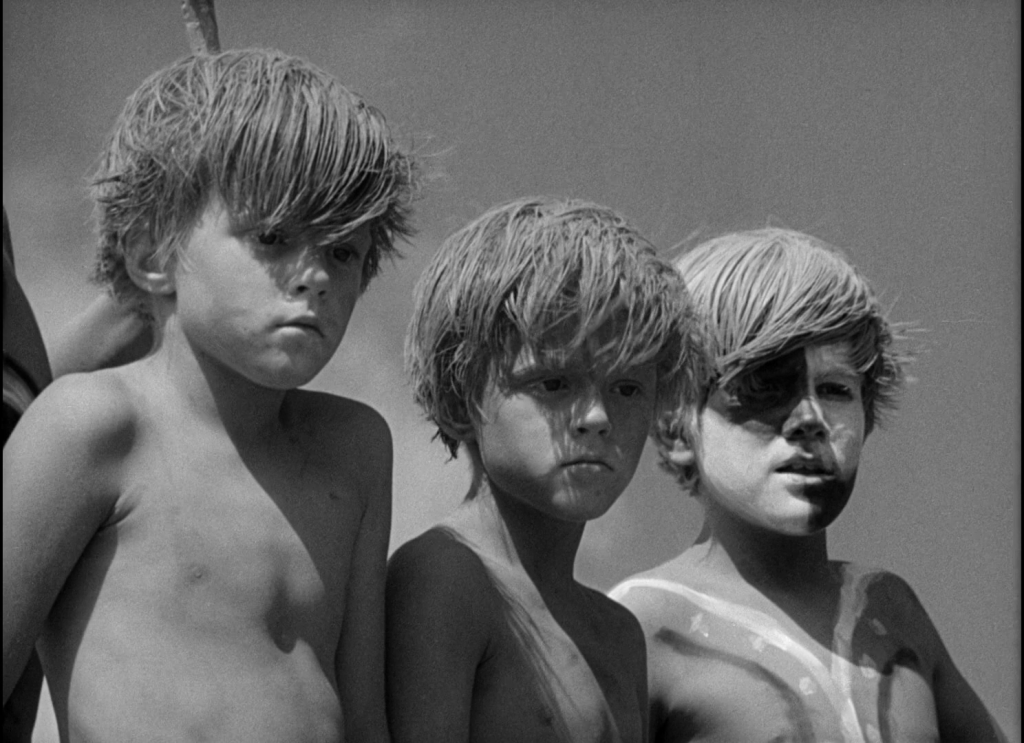 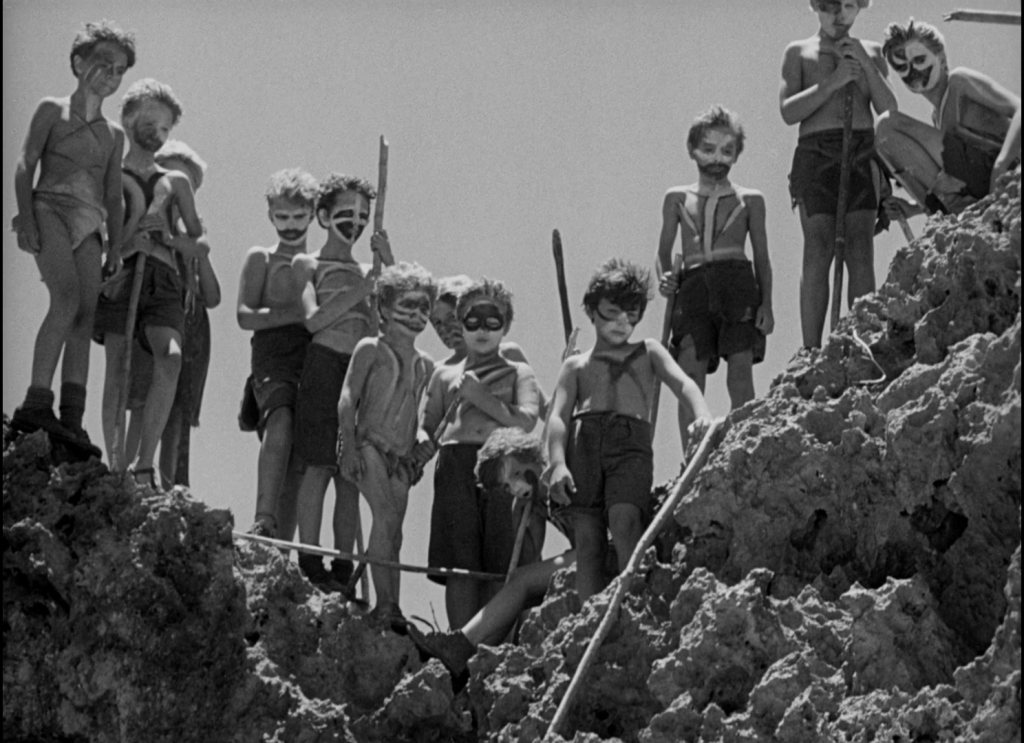